Of Thoughts and Farts 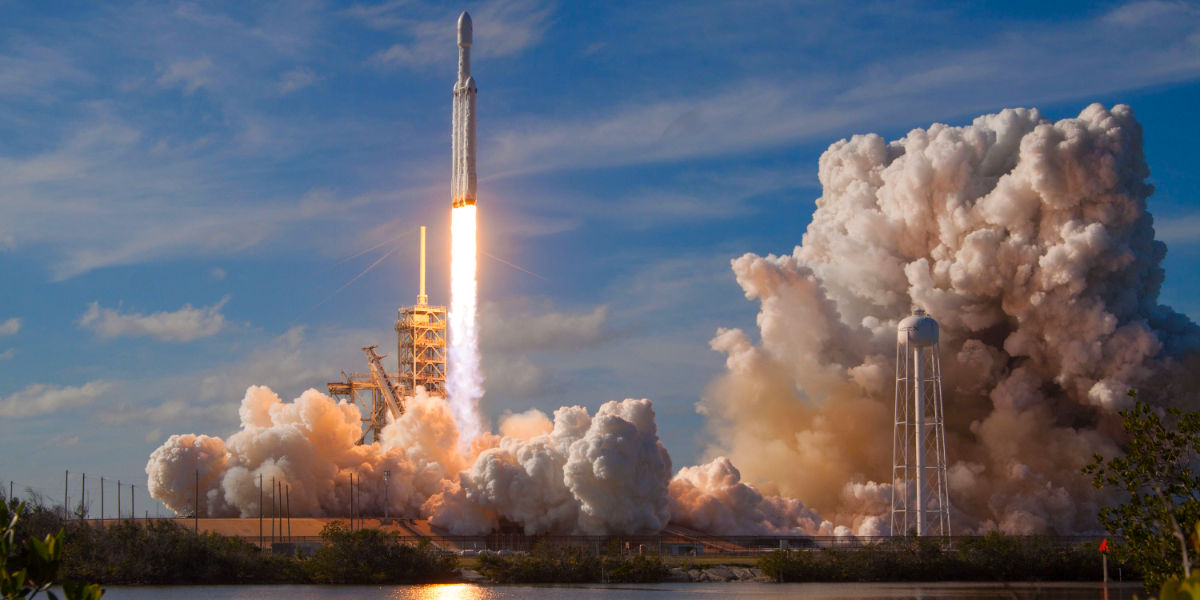 Of Thoughts and Farts – Crisis as Opportunity

Most new things that humans ever did started with a thought. It’s this idea that sounds absurd, too far fetched and completely unrealistic – this idea that eventually will change the world as we know it, and the very same people that did not tire to ridicule that new idea are now acting as if it was their birthright and the most normal thing in the world.

Around the middle of the 19th century a French law student not only dreamt of being a writer, he let his mind invent a machine that could shoot men onto the moon. Almost exactly one hundred years later (104, to be precise) the first two men landed on the moon. What had begun at the poet’s desk somewhere in France as a thought had turned into history-shaping reality. Jules Verne, the author, had not just planted an idea into our collective mind, he incidentally also invented science fiction.

Corona and the halting of our busy lives

Now we are living in times that increasingly begin to look gloomy and gloomier. Only a few months ago it was the doom of climate change that more and more people were beginning to understand as one of the greatest challenges in human history. Now an invisible virus has more and more areas of the oh so dominant species of this planet – the human race – encaged. And at the moment no one knows what the implications of all of this might be, starting from the stock market to our economies.

But maybe these galloping events are not just a jump out of the frying pan and into the fire. Strangely, COVID-19 has achieved what Greta and millions of like-minded people could not – it slowed down emissions in an unimaginable way. And in a world where nobody seems to have time anymore, people are now sitting at home and awash with one thing in particular, time. Rumour has it that divorces have skyrocketed in Wuhan. But no doubt there will also be many people coming out of this wondering what on earth they have been doing, stuffing their lives with activities and work, and not living it with their family. Or their creative or practical talent, their passion.

Crisis as opportunity: Hasn’t it been ”enough” for a long time?

Our current capitalist model of organizing human life is broken in many ways. The best summary of capitalism I have ever heard is: ”Capitalism doesn’t pay its bills.” This is as true for sewers in Bangladeshi sweat shops who have sometimes paid with their lives producing cheap clothing for us in the West. And it is as true for our children’s children, who will be suffering from a world that becomes increasingly uninhabitable for humans. Infinite growth in a finite world can only work for a time, and it seems the end of this time has now come. When this decade of the the 20’s – that has barely begun – is over, the world will look radically different to the one we’ve known up until just a few weeks ago. This will be true whether you are openly welcoming changes or whether you are a diehard traditionalist. Enormous changes are ahead. Do we try to stand against the tide or flow with it?

Over the last decades there have been many ideas and experiments to do life differently – everything from relationships, ways of organizing how we house and live together, to the economy and our footprint on our world. Many people have been searching for a way to live life differently, on a personal level as much as on a social level. And of course there are those who ridicule and resist those ideas.

Your time is limited, so don’t waste it living someone else’s life. Don’t be trapped by dogma — which is living with the results of other people’s thinking. Don’t let the noise of others’ opinions drown out your own inner voice. And most important, have the courage to follow your heart and intuition. They somehow already know what you truly want to become.

A time to envision another world

What if we took this time not to petrify in panic and despair about the world falling apart, but rather consider the current events as the necessary reset that we were up for all along? Then this could be a time in which we are dreaming of a world where we do not we serve machines, but where machines serve us. Where not the 1 % own the 99 %, but where we share, far beyond just money and material things. Where work is about meaningfulness, talent and expression of what one is called to bring into the world. Where we are thinking in frameworks of circles rather than pyramids. Where greed is no longer a virtue, but a vice. Where generosity and trust call us to live up to our potentials.

This current crisis can become our wakeup call. In the time we now have, let’s share our dreams with each other. How would such a world look like, one you would really love to live in? How would you live, how would work feel and look like? Hear your friends and even strangers on what their dreams are and what yours does to them. And yes, some conversations will be sobering. But it’s good to start something new in a sober state of mind. And over many conversation the dream will become clearer. And it may just get legs, too. Remember Jules Verne.

A thought is like a fart. Once it’s out there, no power in the world can get it back in again.

If this touches you, leave a comment. We would love to hear what world, what life you are dreaming of!